Palestine became an independent Province in 1981 because of the political situation. The communities are found in the three cities of Palestine: Jerusalem, Bethlehem and Ramallah. Since 1988, the Sisters opened another house in Jordan, where several youths have already answered to the call for the religious life. Through their work the Sisters respond to the local need of the Church as well as those of the country. Besides Education the Sisters offer care to the sick in their own hospital and are also directly involved in the Pastoral work of the Diocese. They are also active in vocation promotion and the formation of youth. 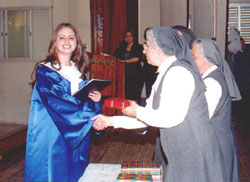 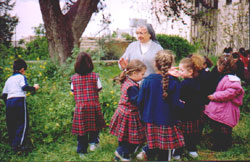 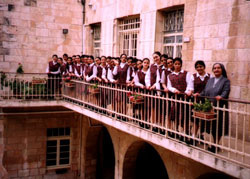 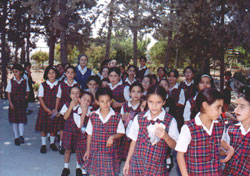